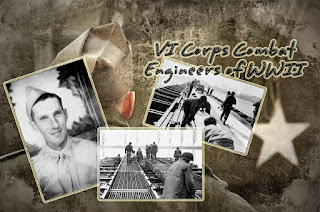 History articles by moi, regarding my dad's unit, the 540th Engineer Combat Regiment, and other engineer units of WWII.

The first one, Inseparable Bonds of Engineer Service by Col Michael Morgan, features three accounts. My section, A Box of Chocolates, concerns my personal research into my dad's military history.

The second one, also found in Army Engineer Magazine, is Beachhead Landings and Beyond - Story of the Men and Missions of the World War II 540th Engineers 1942-1945 - It's a synopsis of the unit's history.

The third article (also featured in Army Engineer Magazine), is The making of a NEW documentary...about Army Engineers who served during World War II. The documentary, written and produced by me, is called, No Bridge Too Far.

The above wouldn't have been possible without the help of Colonel Michael Morgan, editor. We became steadfast friends, and I consider him one of my early mentors. Thank you for giving exposure to these wonderful, inspiring men, that truly changed the world. 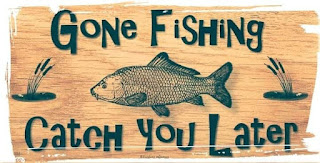 Saying goodbye to an old friend