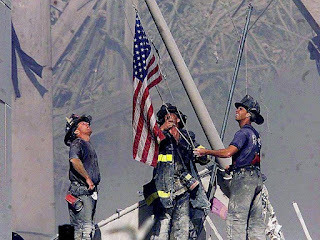 My husband and I, met two of our best friends at the Detroit airport the morning of September 11, 2001.  Slated to be a four day trip to Las Vegas, our flight left shortly after 8 AM on that fateful morning. We planned on a bit of excitement, but little did we know what the day had in store for us.

An hour or so into our flight, our conversation was interrupted by our pilot."Ladies and gentlemen, the FAA has ordered all planes within the United States to land immediately at the nearest available airport. There is no cause for alarm."

"Look behind you Mare", my friend exclaimed. All the flight attendants were at the back of the plane - stony looks reflected on their faces. Something is very wrong.What is happening? "This is unprecedented", my husband proclaimed. "This is a first in U.S. aviation history."

The four of us stared at the landscape below. Was it an atomic bomb? Were we at war? We were flying over Colorado at the time, and picturing missile silos opening for a counter attack. Quietly, the passengers began talking amongst themselves, trying to ascertain what was occurring.

"Please fasten your seat belts. We will be landing at Denver International airport in fifteen minutes." We were all frightened, but everyone remained subdued. However, as our plane neared the runway, that's when we knew that something was very out of the ordinary. How often does a commercial jet get escorted by an F-15? 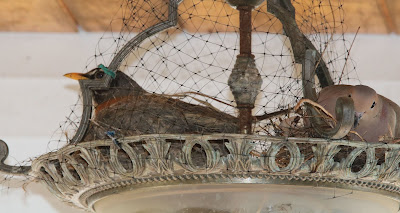